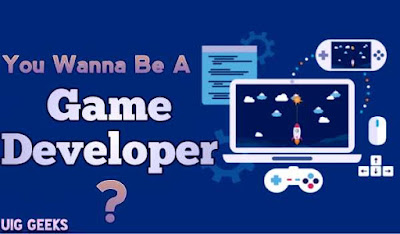 What are the System Requirements for Game Development?

2D Game does not require a lot of systems requirements you can develop 2D games in a Quad-Core processor is must and 4 to 6 GB ddr4 Ram is enough and a Good Graphics card like i5 9th Gen and Geforce is enough to develop 2D games.
3D Games is altogether another story, The Requirements of  3D game designing is the best Graphics card like Intel i7 to i9 10th Gen, NVIDIA GTX 1660 to RTX 2080 Ti, and AMD Radeon 5700 XT to RX 580, and the 8 to 12 GB ddr4 to ddr5 of  Ram and Quad-core to 6 core processor is enough to 3D game development.

Best Tools to Development of Games.

What are Different Components in Game Developments?

There are many components in Game Developments that can be handled by a single game developer or either team of multiple peoples to handled game graphic designing, game coding, game storyline, and many more(All these components are given below). If you want to develop games then you must know all things about games management and if you have a team to handle the development of the game then it’s very easy to develop a game.

The storyline of Games

First of all the game work on a storyline so that’s why the whole game depends on a story and then develops the levels about the storyline of the game and how many hard levels in-game. The main factor is what’s the work of the main character and how to design character movements.

Sounds and Music of Game

The Sounds and Music is the most important components of the game because without the sound and music game is nothing so that’s why sounds are compulsory in-game. The Surrounding sounds depend on your character movements, you have to put background music for the game and sound based on your storyline of the game, and there are many sounds in-game you must know like character movement sound, vehicle sound, and environments sound.

First of all, before launching the game you must check the game from game testers because there are many glitches and bugs which you have to fix, and then fix all types of issues and check one more time then launch the game, and after launching the game you have to discover more ideas to increasing game-playing experience and future updates of the game. These ideas will popular your game too much.
All the Steps to Become a Game Developer and which languages want to learn for game development and best tools for your game development and which main points you must know while developing a game for the professional way all things are given in a proper way and easy to read. I hope you will understand all steps and points.

How to Develop Coding Skills without Any Coaching – UIG Geeks

Get all latest content delivered to your email a few times a month. Updates and news about all categories will send to you.

Before you go, let us offer you a 10% discount coupon for your next purchase.